Leonardo R. Arriola
I am still processing and uploading data files to accompany the journal articles listed here.
Please contact me if you have any questions. 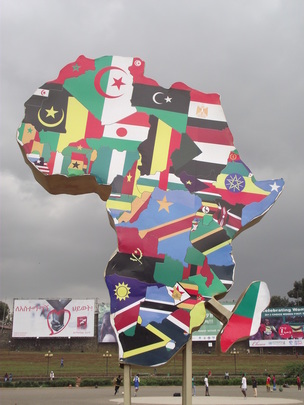 Arriola, Leonardo R. and Martha C. Johnson. “Ethnic Politics and Women’s Empowerment in Africa: Ministerial Appointments to Executive Cabinets.” American Journal of Political Science 58, 2 (2014): 495-510.  [LINK]  [DATA]
Abstract: Under what conditions do women participate in executive power in multiethnic societies? Previous research has examined how political institutions, socioeconomic factors, and cultural norms affect the appointment of women as cabinet ministers. However, no study has assessed the extent to which the politicization of ethnicity — a cleavage that shapes political life in many countries — affects women’s cabinet appointments. Focusing on sub-Saharan Africa, we argue that women are less likely to become cabinet ministers where incumbents use such appointments to build patronage-based alliances with politicians who act as advocates for ethnic constituencies. Using an original dataset on the composition of cabinets in 34 African countries from 1980 to 2005, we show that women’s share of cabinet appointments is significantly lower in countries where leaders must accommodate a larger number of politicized ethnic groups, but rises with higher levels of democracy and greater representation of women in parliament.

Arriola, Leonardo R. “Capital and Opposition in Africa: Coalition Building in Multiethnic Societies.” World Politics 65, 2 (2013): 233-272. [PDF]
Abstract: Under what conditions can opposition politicians with ethnic constituencies form electoral coalitions? In Africa’s patronage-based political systems, incumbents form coalitions by using state resources to secure the endorsement of politicians from other ethnic groups. Opposition politicians, however, must rely on private resources to do the same. This article presents a political economy theory to explain how the relative autonomy of business from state-controlled capital influences the formation of multiethnic opposition coalitions. It shows that the opposition is unlikely to coalesce across ethnic cleavages where incumbents use their influence over banking and credit to command the political allegiance of business—the largest potential funder of opposition in poor countries. Liberalizing financial reforms, in freeing business to diversify political contributions without fear of reprisal, enable opposition politicians to access the resources needed to mimic the incumbent’s pecuniary coalition-building strategy. A binomial logistic regression analysis of executive elections held across Africa between 1990 and 2005 corroborates the theoretical claim: greater financial autonomy for business — as proxied by the number of commercial banks and the provision of credit to the private sector — significantly increases the likelihood of multiethnic opposition coalitions being formed. 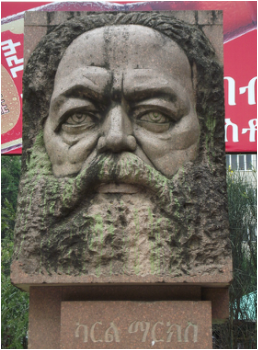 Arriola, Leonardo R. “Protesting and Policing in a Multiethnic Authoritarian State: Evidence from Ethiopia.” Comparative Politics 45, 2 (2013): 147-168. [PDF]
Abstract: This article examines the impact of local political heterogeneity on the onset and intensity of protests in a multiethnic authoritarian state. The anti-government protests that erupted in one ethnic region of Ethiopia could be attributed to the group’s historical grievances or its access to mobilizing resources. However, such conventional explanations are insufficient to account for protest patterns in terms of their geographic distribution or varying levels of violence. I show that the likelihood of protest onset was inversely related to intra-ethnic political heterogeneity at the local level. I further show that protest violence spiraled through the interaction between ethnic homogeneity and the government’s policing strategy: woundings were less likely to occur in localities where protesters were repressed by police forces staffed by their own co-ethnics.

Arriola, Leonardo R. “Patronage and Political Stability in Africa.” Comparative Political Studies 42, 10 (2009): 1339-1362. [PDF]  [DATA]
Abstract: Political conflict across Africa is often linked to the pervasive use of patronage in retaining control of the state. However, few sources of data have been available to systematically examine the relationship between a leader’s patronage strategies and the likelihood of an extraconstitutional change in power. This article employs ministerial appointments to the cabinet as a proxy for changes in the size of a leader’s patronage coalition. With timeseries cross-section data on 40 African countries, this study shows that the size of cabinets varies systematically according to regime type, resource constraints, ethnic fractionalization, and total population. It then shows that African leaders extend their tenure in office by expanding their patronage coalition through cabinet appointments. A proportional hazards model of regime duration indicates that cabinet expansion lowers the probability of a leader’s being deposed through a coup. The appointment of one additional minister to the cabinet lowers a leader’s coup risk by a greater extent than does a 1-percentage-point increase in economic growth. 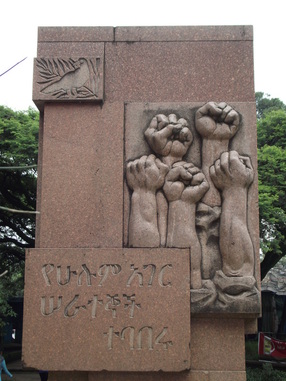 Arriola, Leonardo R. “Ethnicity, Economic Conditions, and Opposition Support: Evidence from Ethiopia’s 2005 Elections.” Northeast African Studies 10, 1 (2008): 115-144. [PDF]
Abstract: I explore the economic basis of opposition support in Ethiopia, a state still undergoing the transition to multiparty politics. Using a sample of election results which neither the opposition nor the ruling party disputed, I show that ethnic distinctions alone cannot account for the full variation in opposition party vote shares. While ethnic factors are important in influencing the electoral prospects of individual opposition parties across regions, the district-level analysis indicates that economic conditions — the proportion of the population living below the poverty line, the proportion of the population receiving food aid, the type of cash crop grown, and access to land — significantly affect patterns of opposition support, cutting across ethnic and urban-rural cleavages. The results further show that the main opposition coalitions were differently affected by these economic variables, suggesting that opposition support is not homogeneous.

Arriola, Leonardo R. “The Ethiopian Voter: Assessing Economic and Ethnic Influences with Survey Data.” International Journal of Ethiopian Studies 3, 1 (2007): 73-90. [PDF]
Abstract: Did economic factors affect voter choices in Ethiopia’s parliamentary elections? While most students of Ethiopian politics focus on sociological factors such as ethnic identity and political culture to explain the electoral outcomes of 15 May 2005, I show in this article that economic factors also influenced whether a voter decided to support the opposition or the ruling party. I use data from the country’s first pre-election survey, undertaken by Initiative Africa, to assess the impact of economic, regional, ethnic, and demographic variables on voter choices between the opposition and the ruling party. I find a statistically significant relationship between a voter’s individual economic conditions and her choices over parties: voters who believe their living standard declined over the previous five years and unemployed voters were more likely to vote for the opposition, regardless of ethnicity or region. This finding suggests that a more nuanced and complete analysis of voter behavior in Ethiopia must account for the influence of economic factors.